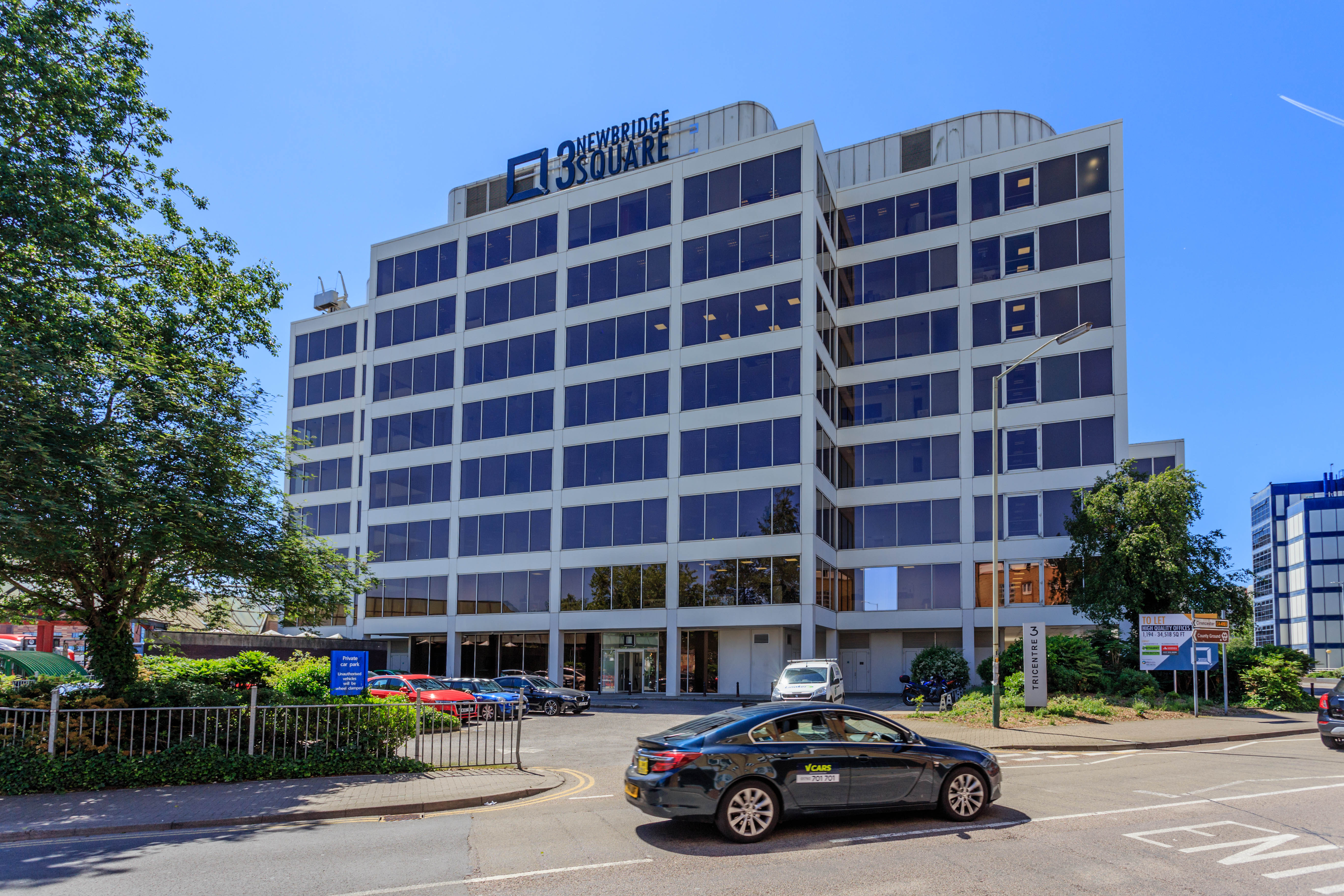 Approximately 18,000 sq ft of Grade A office space has been leased to IT charity British Computer Society (BCS), while existing tenant AECOM has signed for 8,300 sq ft on the building’s second floor

A significant investment of £3million and an extensive refurbishment programme of Swindon’s prominent office building, 3 Newbridge Square, have led to the signing of two new leases.

Approximately 18,000 sq ft of Grade A office space has been leased to IT charity British Computer Society (BCS), a deal that has been hailed as one of the most significant transactions in Swindon Town Centre over the past 10 years.

BCS, which has a royal charter and over 68,000 members in 150 countries, aims to promote and advance the education and practice of computing for the benefit of the public. They are relocating from North Star House and occupy take three floors at 3 Newbridge Square.

As a result, the building is now approximately 65% let with three floors remaining that can accommodate requirements ranging from 3,500 – 25,000 sq ft.

Occupying a prime position in the heart of Swindon town centre, tenants at 3 Newbridge Square are only a three-minute walk from Swindon Train Station (0.2 miles) and can make the most of the direct routes to London and South Wales. The recent electrification of the Great Western mainline means there will be a greater number of services, more seats and quicker journey times. The property is also situated close to the M4 motorway (Junctions 15 and 16) and Heathrow Airport is less than an hour’s drive away.

A recent report comparing 42 UK towns and cities ranked Swindon in eighth place for economic growth and as Swindon Borough Council pushes forward with its Tech Swindon initiative. The town-wide focus is designed to highlight the growing number of opportunities for the technology sector across the region.

Cushman & Wakefield are letting agents for the building.